All of Robert Spiker’s children and grandchildren will agree that he was the “best doctor” in the family.  He could remove a splinter, pull a loose tooth, or twist a disjointed elbow back into place without the “patient” feeling any pain.  His health remedies included making a paste of baking soda and water to soothe a bee sting, inserting a wadded tissue beneath the upper lip to stop a nosebleed, and serving a glass of ginger ale to calm an upset stomach.

His strong, calloused hands seemed to have the power to heal.  But it was his soft, gentle voice that encouraged the fastest recovery.  “I love you” was a phrase “injected” into our veins with every “house call”.

The phrase was heard often in our home.  He never left for work or went to bed or ended a telephone call with one of his kids without repeating those words.  There were many reasons why he told us daily that he loved us, but one of those was because he was afraid he would someday forget. 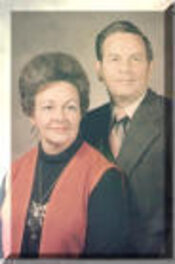 You see, the “family physician” was acutely aware of the possibility he would inherit a disease suffered by some of his siblings – Alzheimer’s Disease.  Dad saw the affects it had on his brothers and their families.  And he worried about the affects on his own family if he, too, acquired the disease.  Daddy described it something like this…“I love you dearly.  I will always love you.  But one day I may not remember that.  I may not even know who you are.  I may forget the most important and beloved people in my life.  So I’ll say it every day and remind you in every way.  I LOVE YOU.  When my mind becomes too weak to even recall my own name, YOU can carry the memory for both of us.  I tell you this now so it’s never truly forgotten.”

(Note – Robert did eventually suffer from Alzheimer’s Disease.  He did forget who we were.  But during his final days, in a brief moment of lucidity, he “remembered” to tell Mother that he loved her.  In their secret code, he whispered, “There goes my pretty girl”.  It was an expression he had used many times during their long marriage and an expression of love that Mother will always treasure.)

Our father instinctively knew that many of the factors determining his health (or illnesses) could be traced through his family.  In fact, his life was probably extended because he shared his family medical genealogy with his doctor.  One example – during a routine office visit, he casually asked his doctor for a prostate test.  He’d had no symptoms and wasn’t experiencing any problems, but wanted the test simply because he was aware that his brothers had prostate cancer.  The results?  Not surprisingly, a confirmation of cancer.  But fortunately, because it was caught in its early stages,  the cancer had not metastasized and could be treated much less aggressively.

Robert Spiker may have gotten his eyes from his mother and his nose from his father, but that’s not the only thing he inherited from his family.  As he discovered, tracing the illnesses suffered by your blood relatives can help your doctor predict your risk for certain disorders.  Armed with this knowledge, you and your doctor can make informed decisions about screening for, and preventing, potential health problems.  The most useful medical “tests” can be found in your own medical family tree. 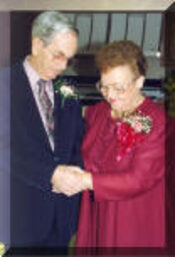 Making use of your medical genealogy can assist with the following:

Where to obtain the information to create your medical family tree.