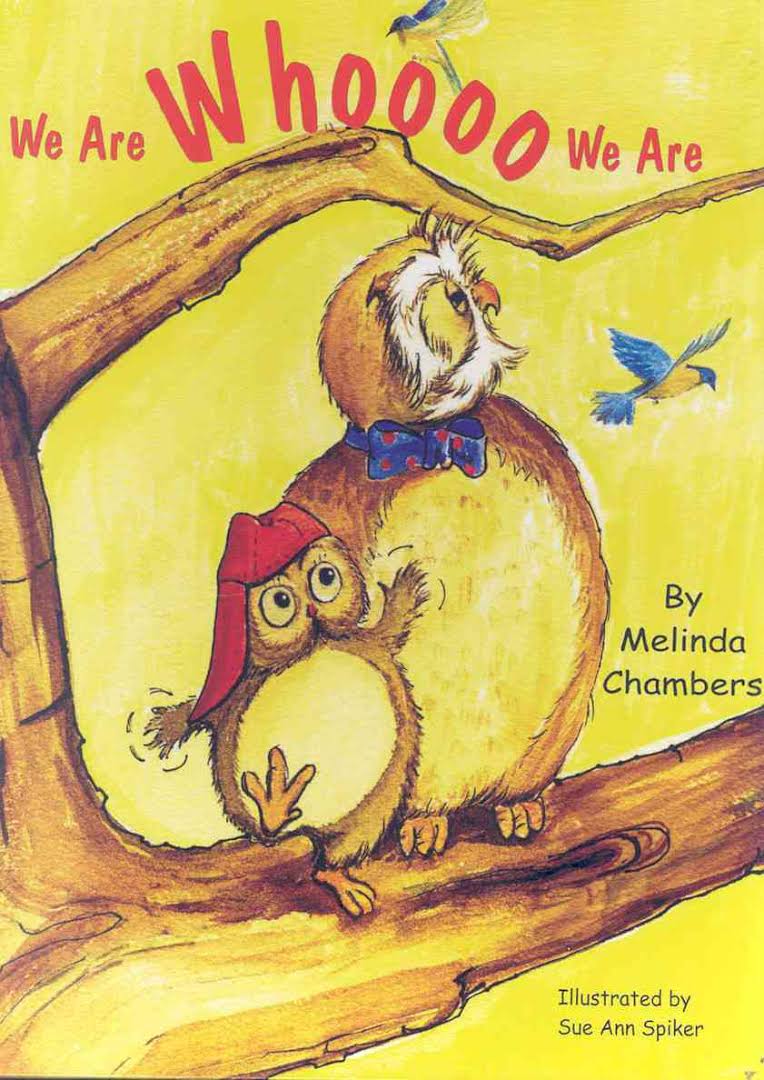 I e-mailed cousin Melinda Chambers recently to ask her about two children’s books she has authored, “WE ARE WHOOO WE ARE” and “THE DAY THE SNAPDRAGONS SNAPPED BACK”. I had heard the books were the result of a group effort that included contributions from her son, Chris Chambers, and her sister-in-law, Sue Spiker. In this edition, we share her responses to my questions about her journey from Inspired Writer to Published Author.

What inspired you to write children’s books? I have always liked to write, and have had a dream to one day write a book. I think it’s important to leave a part of oneself to future generations, and this is one way to do it. Over the years I have discovered many stories through nature. Besides liking to write, I like to teach, and I use the stories I have gathered over the years as parables to teach life lessons.

How did you find a publisher? Did you struggle with rejections? How long did it take to get your book from the “idea conception” phase to getting it to print? After researching the Internet, I also went to the WV Writers’ Conference at Cedar Lakes. They had workshops designed for that very thing. I met a publisher from Terra Alta there who had published “Killing Waters”, the book about the ’85 flood. I also got a list of book agents and learned how to write a query letter. I sent out about 16 letters, and received 16 rejections. Learning that this happens even to the best authors who are getting started, I decided to self-publish and contacted the publisher from Terra Alta. She really liked my book and Sue’s illustrations and wanted to partnership with me. She’s in charge of distributing, promoting, and publishing and Sue and I write, illustrate, and help promote. We do this as we find time and so far it has worked very well for us. It took us about two years from idea to book.

Describe the “book-signing” experience. What was it like seeing your book on the shelves? I like it when people recognize my book and tell others about it. I had a 5th grader say “it was the bestest book ever.” People tell me how they have used the book—children’s sermon, Sunday school, classroom, and reading to child/grandchild. Most people buy them as gifts. I often get asked if I plan to write more books. Book signing isn’t an ego trip, but is more of a self-gratification that what Sue and I did was right. My grandson, John, checked the book out of the library at Romney Elementary, even though he had a copy at home, because he said that “everyone” was checking it out.

How did you approach Sue Spiker to illustrate the book? Did you give her ideas? From where did she pull her inspiration? When we were visiting at Christmas I was telling Sue about my idea for a book and asked her if she would illustrate it. I sent her various pictures of birds, and we discussed how to make them look animated. She would mail me her ideas, or when we were together we’d go over them. We both had a good idea of how we wanted it to look — I could imagine it and she could capture it on paper. The whole process has been a lot of fun. Sue is a very talented artist, but is also very busy. She has to “disappear” in order to get her drawings done, and works from morning to night on them. She is now getting requests from other authors to do illustrations, although her time remains very limited for this. When I was at a book signing at the Beckley Mall, her art instructor from Glenville State bought a copy of the book because she had been his student. For our second book, to come out in mid October, Sue and I both pictured the illustrations much the same way.

I understand that your son, Chris, did some music for the first book. How was that incorporated into your project? Chris has been a large part in this project as well. Besides being one of my proofreaders, he also narrates the story and sings a beautiful song he wrote for the audio book. The song can be heard on the headlinekids.com Internet site. He is very gifted as a songwriter and singer and, along with his band, Appalachia, has just completed his third album. His band’s site is appalachiamusic.com. He will be writing a song for the new book in the near future.

Mom (Adeline Spiker) has sold a lot of (our) books, along with (our) husbands Byron (Chambers) and John (Spiker). The support of family has been invaluable in this endeavor, and we also appreciate the support of our extended family. The first book is now on its second printing. I’ll be doing book signings at Tamarack, several bookstores, the WV Book Festival in Charleston, and the WV Reading Assoc. Conference at The Greenbrier this Fall. The book is at several state parks throughout the state and is available on-line, as well as book stores.

The title of the new book is “The Day the Snapdragons Snapped Back.” A mother beagle is telling her son about how life isn’t always easy, but with the right values and support we can get through our struggles. We would like to do a series of books dealing with life lessons through the use of nature. The next book will be about mud daubers and the importance of being persistent. 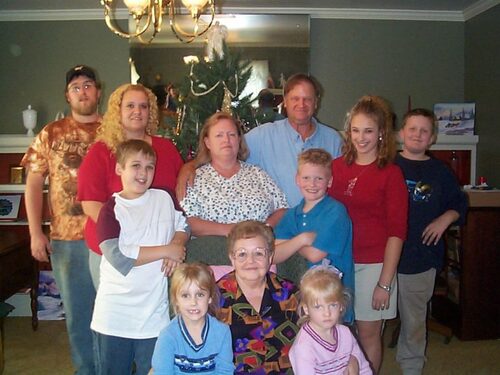 What do you get when a mother of three children marries a father of three children? The “Curry Bunch”, of course. Reminiscent of the popular TV series, “The Brady Bunch”, the Curry family has managed to successfully transition into one very large, very noisy, very loving, and very crazy household.

Add to the mix a bunch of baby goats, and you get the “Bunch of Kids Goat Farm”. Appropriately named, the family’s website features many of the goats they raise and sell. But goats aren’t the only animals you will find on the Curry Farm in West Virginia. There are dogs, cats, ducks, chickens, lambs, steers, horses, rabbits…there are so many, I simply can’t remember them all. But I can show you a few of them. Simply visit the family’s website or click here to view some of the kids showing their “kids” at the 33rd Annual Doddridge County Fair (EDIT - photos no longer available after merge.)

“In Showmanship, Robbie took the ribbon for Steers while Clayton took it in Goats. Devon took 2nd in Pig Showmanship followed by his big brother Clayton who took 3rd (and neither of these boys have ever shown pigs before!!!)And tinyMakayala took 2nd in Rabbits. All the children placed well. We are so proud of them.”

Yvonne Haines, granddaughter of Felix Brigham Wood Zinn and great-granddaughter of Preston Zinn, shares with us the story of her grandfather’s life in West Virginia.  Read her story (and others from our family authors) in the Spiker Family Library.

As a point of reference, Granville Preston Zinn is 1st cousin to Marion Bukey Zinn, the father of our Gay Zinn Spiker.  Trace this line by visiting the Spiker Family Tree.  Send your e-mail address to Melanie Spiker-Fouse for your special invitation to climb our tree.

Yvonne Haines emailed her story to me.  I wrote her back, asking how she had heard about our site.  I hope she doesn’t mind if I share her response here.

“I have been in contact with your relative Melanie (Spiker-Fouse), through the ZINN Gen-Forum.  She sent me the link to your family’s site.

“I have been working on the Zinn Family Genealogy since I was in my 20’s, but very seriously in the last 15 years.  My dad was killed [auto accident], when I was one year old.  I knew his parents and brothers and sister, but none of the others since they stayed in West Virginia.  I had always wondered about my heritage and this has been the avenue to many answered questions.  We did make a trip to West Virginia ten years ago, but not knowing anyone, we didn’t find the old Zinn homestead where my dad was brought up, now Granville Preston Zinn’s home.  I had been to it as a teenager, but couldn’t find it on my own.  That part of West Virginia isn’t well marked, as far as street signs go.  It’s more about landmarks, which we aren’t good at, in an unknown territory.  Anyway, we may make it back down, at some point.  Melanie’s mother has offered to show us around, if we do.  What a kind gesture from a very distant “cousin”.

“I will pass your site on to the few other genealogists I know would be interested.  I really enjoy the site and the stories.”